Kevin Berthia is a suicide survivor and prevention advocate. Kevin was born with a genetic major depression disorder. In 2005, at the age of 22, Kevin attempted to take his own life by jumping from the Golden Gate Bridge. It wasn’t until 8 years after his attempt that Kevin was reunited with the officer who talked him back to safety. Since then, Kevin’s story of HOPE has touched a diverse group of audiences all around the world. Kevin has had the opportunity to share his story with several magazine outlets along with local and national news stations. 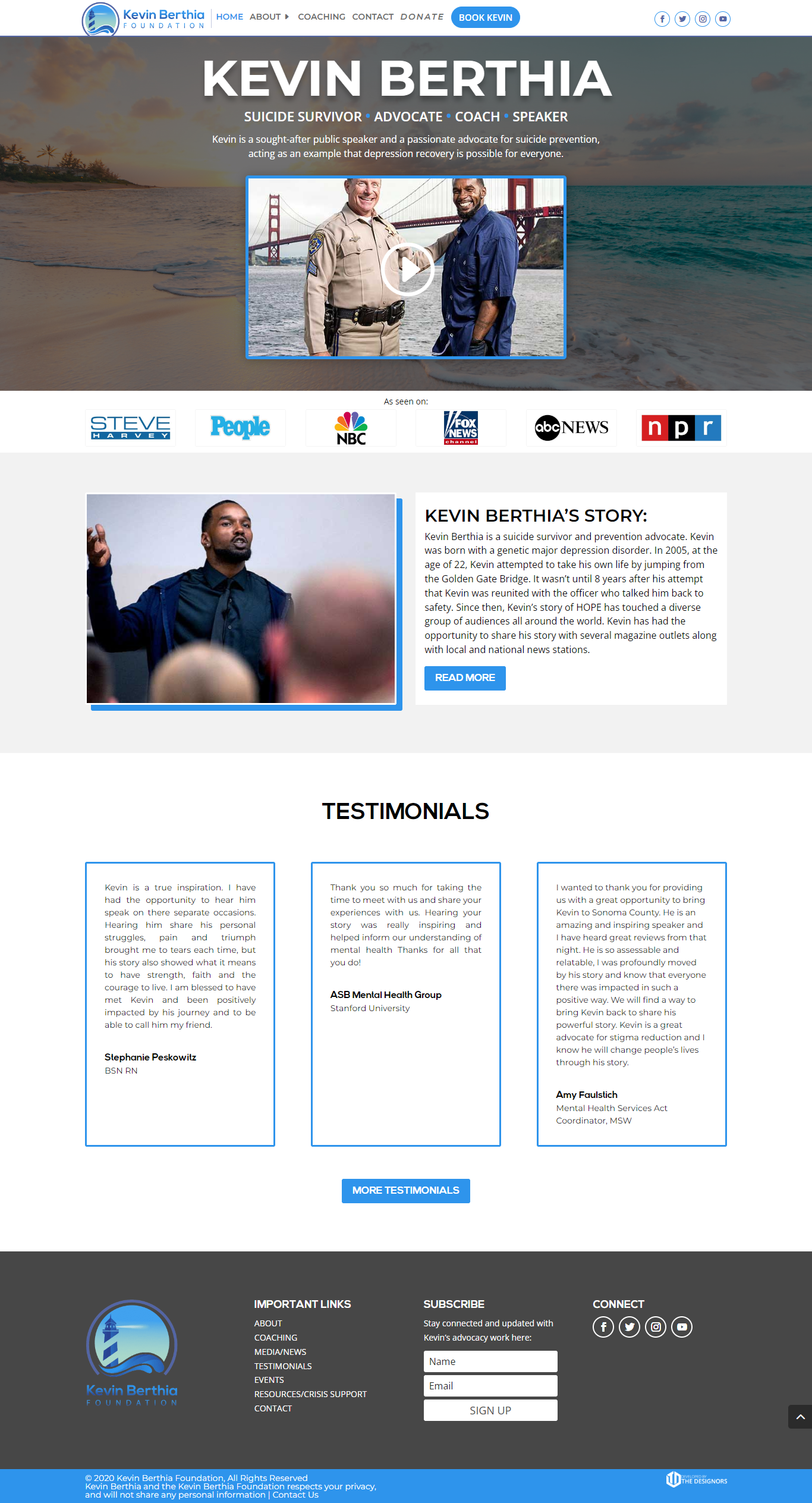